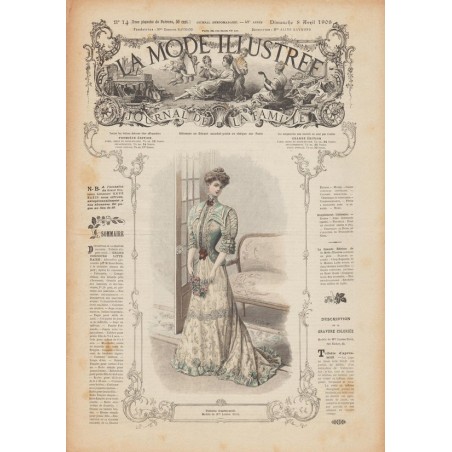 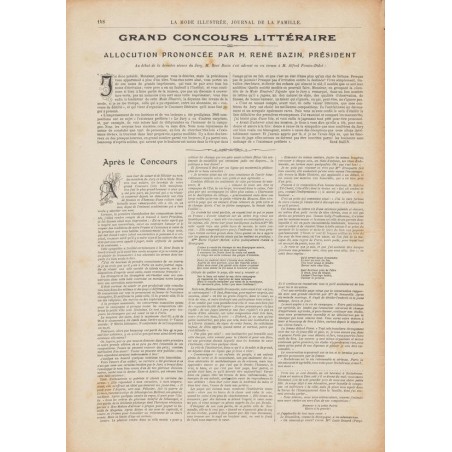 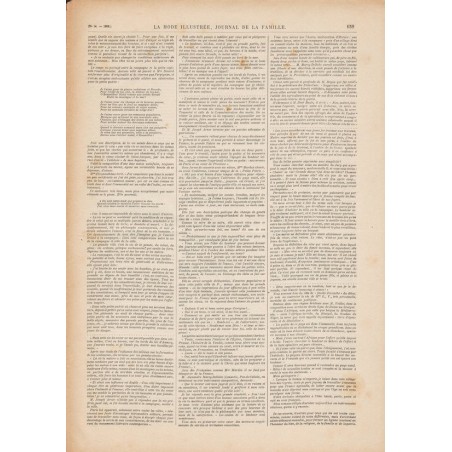 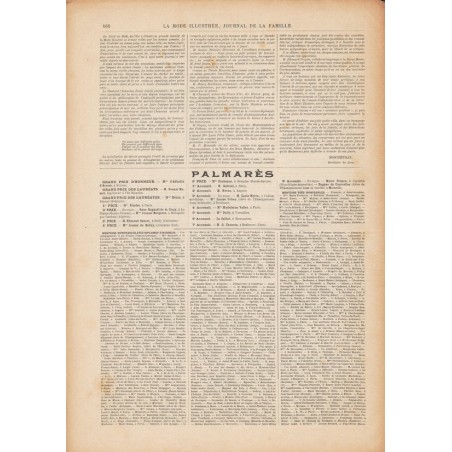 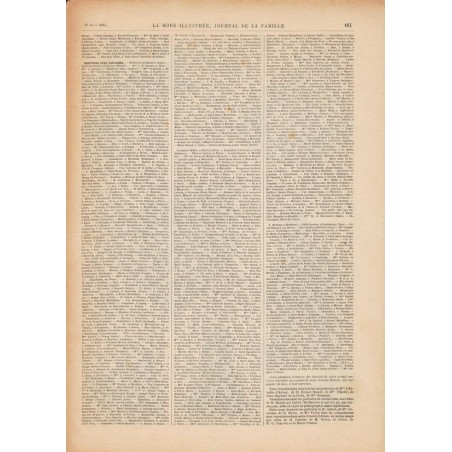 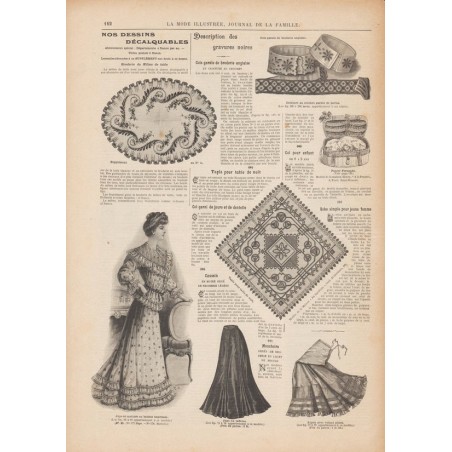 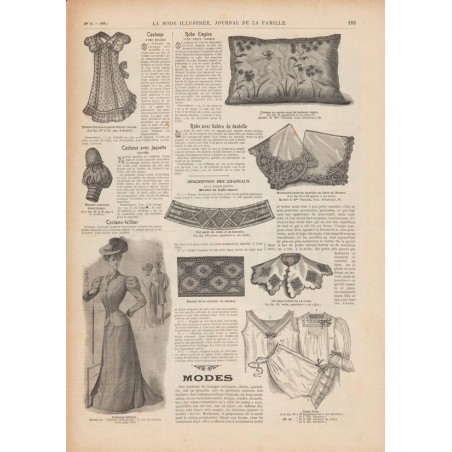 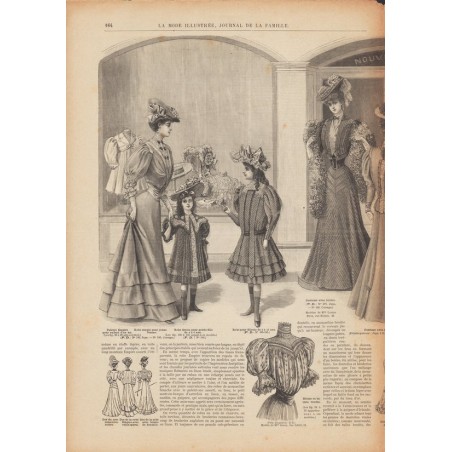 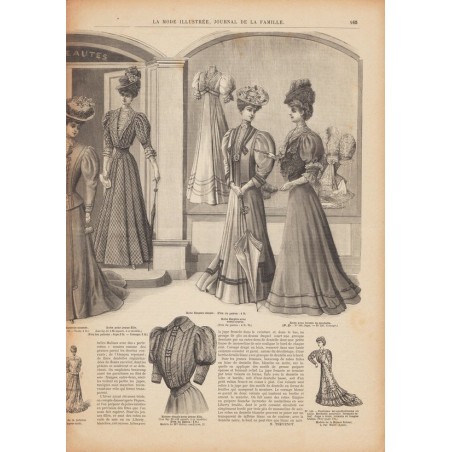 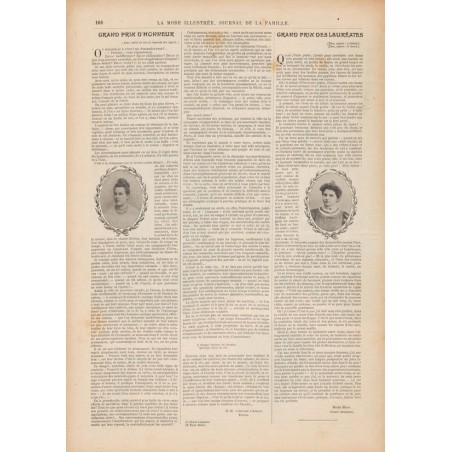 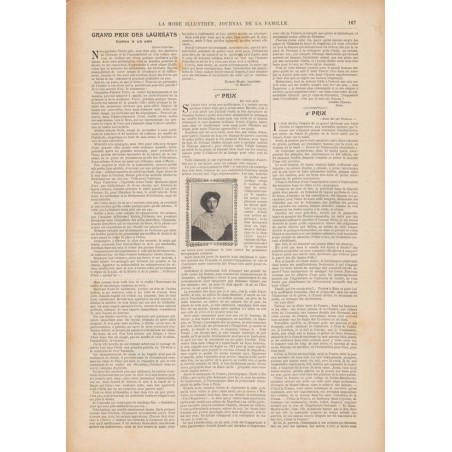 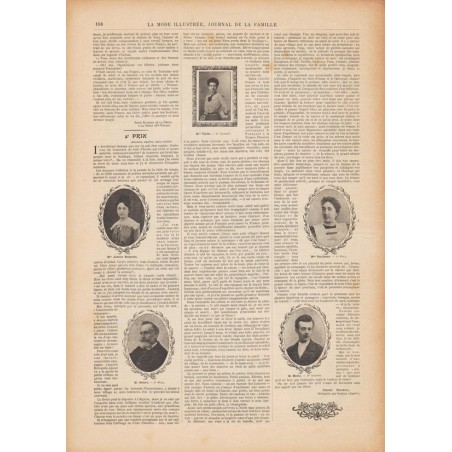 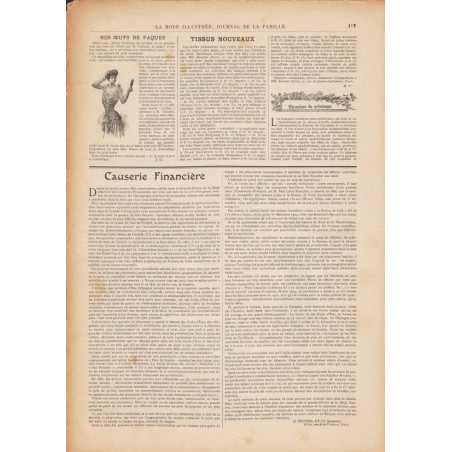 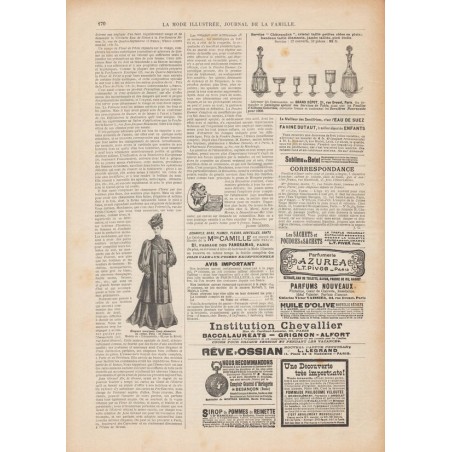 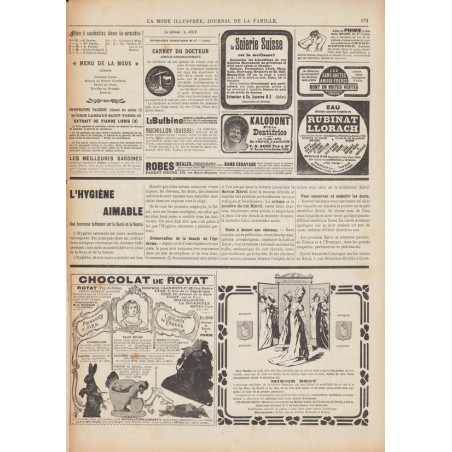 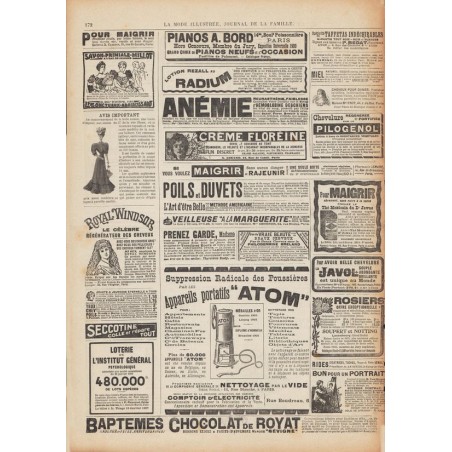 La mode illustrée appeared every week, and was accompanied by a sewing patterns board every fortnight on average.

Each magazine featured dresses, lingerie, corsets, but also children’s clothing or doll clothes, with beautiful prints and explanations of the models.

There were also articles on the life of the time as well as the first advertisements.